Students get the blues for UL School of Music 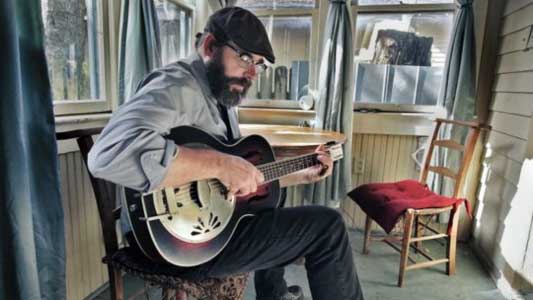 (LAYFAYETTE, LA) – Marty Christian sings the blues with a smile these days. Rambling Blues, Christian’s fifth CD, continues a music career that’s won him fans in France and across the United States.

Christian is also enjoying a new day gig as an instructor in the Traditional Music Program at the University of Louisiana at Lafayette. He’s happy to share American music that laid the foundation for rock, soul, country and more.

“It’s so inspiring to see these musicians get deep into the older acoustic blues songs and the musicians who wrote them,” said Christian, a French Immersion teacher. “The students all have great ears and are already at a high level of playing as musicians.

“By studying these songs and practicing with them in class, I hope to help them pick up on the feel and rhythms behind these songs and just open their vocabulary to so much that is not being done enough in music today by learning the roots of traditional blues and getting as close as they can to the feel and technique of the masters like Robert Johnson, Big Bill Broonzy and Bessie Smith.”