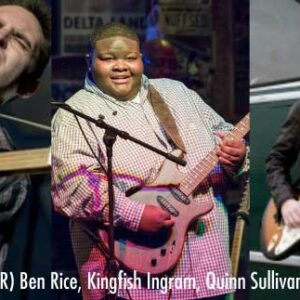 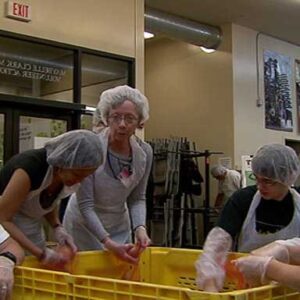 PORTLAND, OR (KOIN) — When BB King died May 14, the blues lost one of its greatest ambassadors. His passing is a stark reminder the traditional blues superstars are fading away.

But Peter Dammann, the artistic director for the 2015 Safeway Waterfront Blues Festival, said there is a new breed of blues performers, many of them mentored by the greats.

“Buddy Guy is, in many ways, the last one (of the traditional bluesmen) and he’s playing this year,” Dammann told KOIN 6 News. “(There are) extremely talented young musicians and performers coming up, and we’re showcasing a lot of them this year.”

Among those up-and-comers: Quinn Sullivan (who will play with Buddy Guy), Kingfish Ingram, Ty Curtis and Ben Rice. The festival also pushes the blues envelope with zydeco and rhythm-and-blues acts.

The Safeway Waterfront Blues Festival has a close relationship with the music scene in Louisiana and Mississippi, areas affected by Hurricane Katrina in 2005. Festival organizers raised money for Katrina relief and helped displaced musicians set up shop in Portland.

“We’re going to celebrate that this year because this is the 10th anniversary,” said festival producer Clay Fuller. “We have quite a number of stellar New Orleans artists appearing.”

Each year, about 100,000 fans fill the Safeway Waterfront Blues Festival, which helps to keep the blues tradition alive while also providing funds for the Oregon Food Bank.

“Our mission is to end hunger. But the reason we want to end hunger is because we care about people,” said Susanna Morgan, the CEO of the Oregon Food Bank. “We want people to have successful, fulfilled lives. And a fulfilled life is more than- do you have enough food to eat. It’s also about, do you have the things you need for your soul?”

The suggested donation for the Safeway Waterfront Blues Festival is $10 each day. More than 100 acts are slated to play on 4 stages over 4 days beginning July 2.

KOIN is a proud sponsor of the Safeway Waterfront Blues Festival.