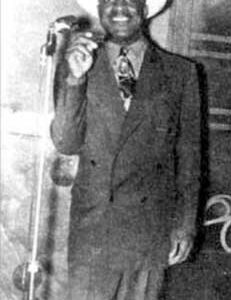 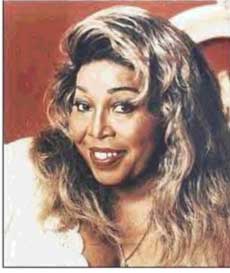 The state of Tennessee has played a role in producing the soundtrack of America as the Volunteer State is home to seven genres of music, according to Tennessee Tourism Commissioner Kevin Triplett — blues, bluegrass, country, gospel, soul, rockabilly and rock ‘n’ roll.

The state wants to share the legends through the Tennessee Music Pathways, which is essentially a trail of sites throughout the state that tells the stories about the artists and the music they’ve made.

“Everybody knows a lot of the stories about Elvis (Presley), Dolly (Parton), Tina (Turner) and Carl (Perkins), and we want to tell those stories,” Triplett said. “But we also want to tell the stories not as many people have heard of — like the original ‘Sonny Boy’ John Lee Williamson [pictured] in Jackson, or the Rock-a-Billy Hall of Fame and Museum, or Denise LaSalle [pictured] or Luther Ingram — all of these people are from Jackson and played important roles in influencing American music and more.”

Triplett also mentioned a partnership with Rolling Stone in which they’re building a database of musicians from all genres, where a reader can make a connection from any artist to Tennessee within six steps.

“It’s remarkable to think about the connections this state has with music all over the world,” Triplett said. “For example, you think about Scotty Moore, who was from Crockett County and influenced Keith Richards of the Rolling Stones.

“Then think about all the guitarists that credit Richards as an influence, and then think about everyone those people have influenced. We’re building the database that links everyone back to our state. Anyone influenced by The Beatles will be quickly connected to here, since George Harrison has said many times if there were no Carl Perkins there would never have been The Beatles.”

While this initiative has been ongoing for nearly four years, Triplett said most people involved underestimated the size this project would take.

“When we started, there was the group of stories we knew, but we weren’t sure about the stories we’d uncover while doing research,” Triplett said. “And we’ve got an entire committee of people that vet these stories and confirm that, yes, they did happen, when we hear stories about maybe someone performing somewhere or how a song was written.

“Those are the stories we want to add to this tour, along with places like the mural on the side of the museum in Jackson where people can get their selfie pictures taken. We’re pointing people to landmarks like that.”.”