The Blues Rule at Gator By The Bay 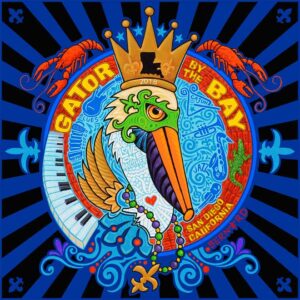 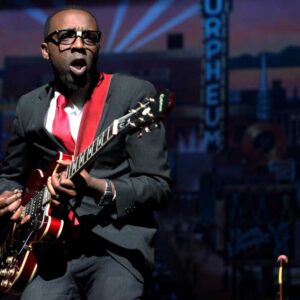 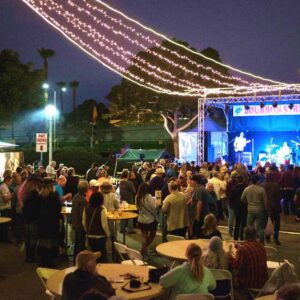 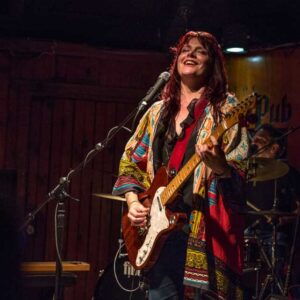 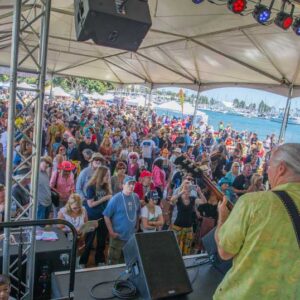 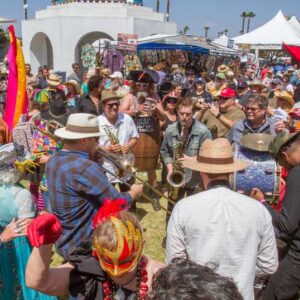 (SAN DIEGO CA) – Gator By The Bay has done it again! Although the 4 day music, food and culture festival began 18 years ago primarily as a showcase for Louisiana-style zydeco and Cajun music, the recently announced 2018 schedule has proven that Gator By The Bay’s Blues game is going to be super strong again this year. With over 25 Blues artists in the lineup of 100+ acts, the festival, running May 10-13 2018, is sure to be the great bluesy time we have come to expect.

To start with, the inimitable Southwest Louisiana-based slide guitarist, songwriter, and singer Sonny Landreth will headline the kick-off concert on Thursday evening, May 10. Known as “The King of Slydeco” for the zydeco influences in his unique guitar stylings, the noted slideman started out in The Red Hot Louisiana Band of zydeco king Clifton Chenier. His unorthodox guitar style comes from the manner in which he simultaneously plays slide and makes fingering movements on the fretboard. A musician’s musician, Landreth has collaborated with the very top names in guitar over the years: Eric Clapton, Mark Knopfler, Eric Johnson, Derek Trucks, John Hiatt, John Mayall – the list goes on. In June 2017, Sonny released Live In Lafayette, his first live album in 12 years, which earned him his second GRAMMY nomination.

Opening for Landreth on Thursday night will be Shana Morrison & Caledonia. Although Shana’s music doesn’t exactly fit into any predetermined genre, her musical approach has been called pop with sides of blues and rock, but she has also been known to include other ingredients, such as country, R&B, and jazz. Her unique and wide-ranging voice is always a captivating constant, no matter what she sings. Growing up in Marin County, she began her career as a vocalist in the band of her legendary father, Van Morrison, and has been with her own San Francisco Bay Area group, Caledonia, since 1996.

Playing Saturday afternoon, May 12, Mr. Sipp aka “The Mississippi Blues Child,” is the alter ego of gospel-guitarist-turned-bluesman Castro Coleman. Growing up in small town Mississippi, his first musical focus was gospel, but in 2012 he was bitten by the Blues bug. In 2014 he won the International Blues Challenge and was given the Bobby Rush Entertainer of the Year Award by the Jus’ Blues Foundation. He then went on to win the Albert King Gibson Guitar award, and, in 2015, he won several Jackson Music Awards including International Male Blues Artist, Blues Artist of the Year, and Entertainer of the Year. In 2016 he was the BMA Best New Artist Album winner, and The Spirit of Little Walter Award. And, FYI, Mr. Sipp was the first blues artist to have his handprint inducted into the Wall of Fame in Fredrikshavn, Denmark.

It’s been said that Carolyn Wonderland reaches into the depths of the Texas blues tradition with the wit of a poet. A musical force equipped with the soulful vocals of Janis and the guitar slinging skills of Stevie Ray, she will take the stage on Sunday afternoon, May 13. Along with the guitar and the multitude of other instruments she learned to play – trumpet, accordion, piano, mandolin, lap steel – Wonderland’s ability to whistle remains one of her signature sounds. She has co-written with such fellow Austin locals as Marcia Ball, Ruthie Foster, Cindy Cashdollar, sat in with Los Lobos, Levon Helm, Vintage Trouble, Robert Earl Keen, and Ray Wylie Hubbard, and toured relentlessly for the past two decades.

In addition to several locally-based Zydeco and Cajun Bands and the previously mentioned blues artists, Gator By The Bay will showcase local talent presenting Roots & Americana, Rockabilly, Salsa & Latin, and even a smattering of Country, Jazz, and R&B.

All this and 10,000 lbs of live crawfish just ready to be cooked, a bustling food court, free dance lessons and cooking demos, covered wooden dance floors, top quality shopping, and musical and cultural workshops? You got it! Plus, an activity area for the kiddos, Mardi Gras-style parades, and more fun than you can throw a bunch of beads at? Mais, oui! Get all the ticket and festival info at GatorByTheBay.com, and we’ll see you May 10-13 at Spanish Landing Park, across from the San Diego Airport.