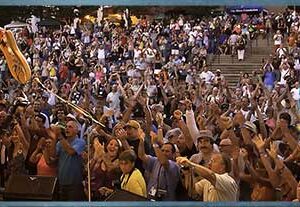 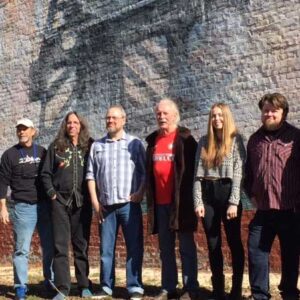 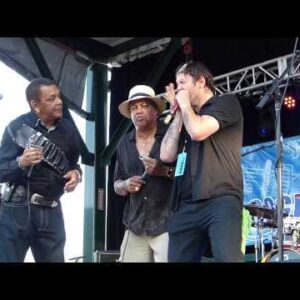 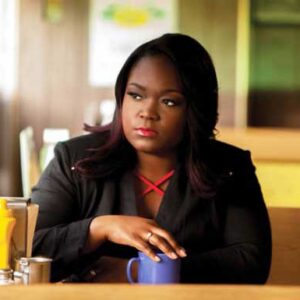 The Heritage Music Blues Festival began in 2001 when Bruce Wheeler envisioned a Blues music festival in a newly constructed water front park on the bank of the Ohio River in downtown Wheeling. The fact that Wheeling had no blues scene or even a blues club, band or solo artist did not deter Wheeler from developing a festival. Promoted as A Weekend of Award-Winning Blues, the Festival today gets raves from coast to coast. Wheeler’s festival features two stages, a Main Stage with Blues Music Award Winners and up and coming IBC solo duo and band winning acts, and a Second Stage dedicated to local and regional artists, from WV, OH, PA, and MD.

The festival is run year round solely by Bruce Wheeler. During the event you can find his wife, Phyllis Sigal and daughter, Amanda holding down the MainGate while his son Leland, who was 12 when the event began, serves as the MainStage Manager. That Blues Family atmosphere spills over to the audience who has traveled to Wheeling, WV from 25 states and 4 countries for the last fourteen years for the annual August event.

The Heritage Music BluesFest was the recipient of the Blue’s Foundation’s “Keeping the Blues Alive” award in 2010 and is considered one of the best festivals in the country.

New this year is an IBC competition on the second stage featuring 14 acts competing for a chance to go to Memphis in February to compete in the International Blues Challenge.

Tickets are available online at heritagemusicfest.com.