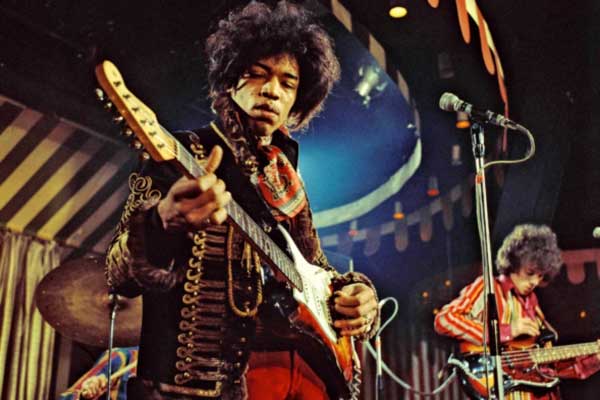 (Seattle, WA) — This sprawling city overlooking Puget Sound has been home to some of the world’s most influential singers and songwriters, including Quincy Jones, Judy Collins and Kurt Cobain. But another musician, whom Rolling Stone magazine contends “exploded our idea of what rock music could be,” is known to elderly residents as Buster, his childhood nickname.

Jimi Hendrix would have been 75 years old on Nov. 27. His legacy as one of — if not the greatest — electric guitarist of all time is celebrated here in ways formal and fanciful, proper and peculiar, characterizations of the different life stages of this “West Coast Seattle Boy.”

The first of those stages began in 1942 when 17-year-old Lucille Jeter Hendrix delivered a baby boy at Harborview Hospital. Al, the child’s father, was stationed in the South Pacific during World War II and would not meet his son for nearly three years.

Seattle then had fewer than 400,000 residents. Pike Place Market, one of the city’s most popular attractions, had been operating 35 years. The opening of Sea-Tac International Airport was still five years away; the Space Needle 15 years after that. …