They Will Have To Kill Us First Malian Music Documentary Is Headed To U.S. Theaters 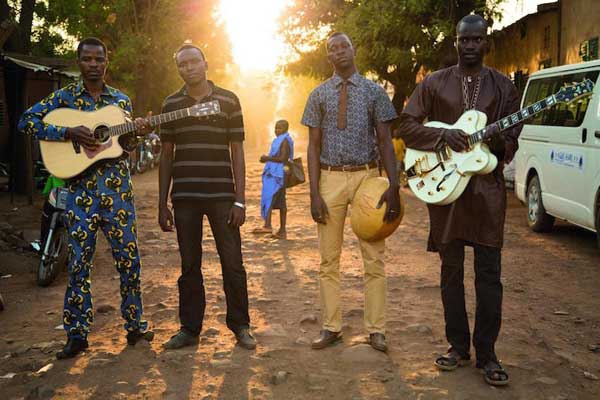 USA – They Will Have To Kill Us First: Malian Music In Exile is officially slated for a U.S. theatrical release in March. The feature-length documentary, directed by Johanna Schwartz, follows a group of musicians in Mali in the wake of the 2012 jihadist takeover and subsequent banning of music. Radio stations were destroyed, instruments burned and musicians tortured. Malian musicians were forced into hiding or exile, where most remain — even now. As explained in a synopsis for the film: “Music, one of the most important forms of communication in Mali, disappeared overnight in 2012 when Islamic extremists groups rose up to capture an area the size of the UK and France combined. But rather than lay down their instruments, Mali’s musicians fought back.”

BBC Worldwide North America is releasing They Will Have To Kill Us First this March and April in the U.S., with an official release coinciding with Music Freedom Day on March 3. The film opens at New York City’s Village East Cinema on March 4 before heading to L.A. and other markets on April 1.

A soundtrack for the film will be released March 4 on Knitting Factory Records. Composed by Nick Zinner of the Yeah Yeah Yeahs, it will feature contributions by Songhoy Blues, the late Malian legend Ali Farka Touré and his son Vieux Farka Touré, Toumani Diabaté, Bombino and more.