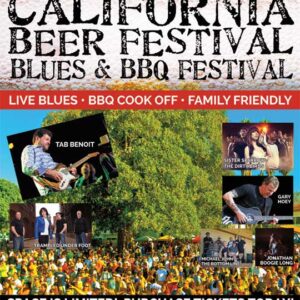 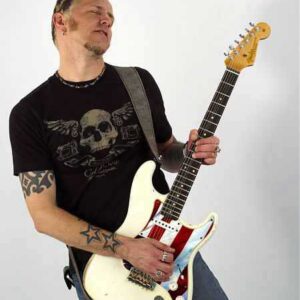 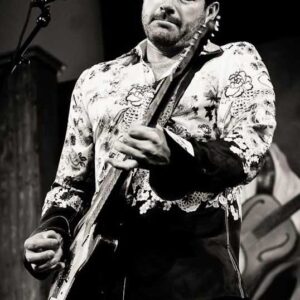 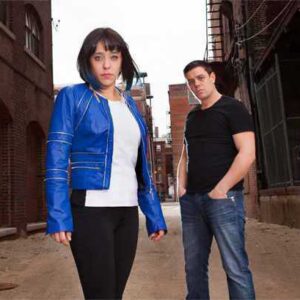 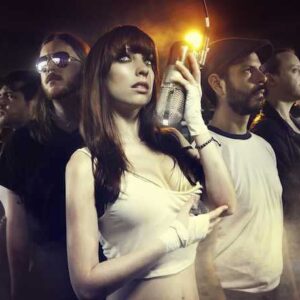 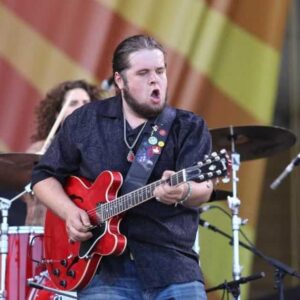 Saturday’s Craft Beer Heaven (12:30-5:00 p.m.) is one of the largest yearly beer festivals in the state, and with over 140 craft beers on tap, it’s a great place to come sample amazing craft beer from all over the world. Live music throughout the day by Rey Fresco, Dr. M and Petty Theft, the ultimate Tom Petty And The Heartbreakers tribute band. A great place to expand your mind and educate yourself on new and old styles of craft beer! Space is very limited; must be 21 years or older to attend. (Note: Beer Sampling times are from 1 p.m.-4:30 pm.).

Sunday’s Blues & BBQ Festival features perhaps the most ambitious and eclectic lineup yet, in addition to amazing barbecue from top teams throughout California (special tickets must be purchased for BBQ sampling).

Headlining the main stage is guitarist Tab Benoit, Louisiana’s No. 1 roots export. Benoit has won the dual awards of B.B. King Entertainer of the Year and Best Contemporary Male Performer at the Blues Music Awards in Memphis (formerly the W.C. Handy Awards). In 2006, he received a Grammy nomination for Best Traditional Blues. Benoit’s latest album, his seventh on the Telarc label, is titled Medicine.

Trampled Under Foot was originally formed as a family band consisting of Danielle, Nick and Kris Schnebelen. The trio headed to Memphis in 2008 for the IBC’s, winning first place honors. Riding the wave of support following the IBC’s, TUF took their unique style of power blues-rock to audiences around the world with a series of headlining tours and standout performances at blues festivals across the globe. In 2014, drummer brother Kris announced he was leaving the band, Danielle and Nick solicited long-time friend/fellow KC musician Jan Fairclothand then then added keyboardist Mike “Shinetop” Sedovic, turning the trio in to a four-piece and adding a new dimension to their already-stellar live performances.

Southern California native Michael John and his band, The Bottom Line, have earned their spot in the blues scene. This six-piece, high-energy contemporary original blues band has played at many festivals, concert theaters and venues and shared the bill with artists including Buddy Guy, Jonny Lang, Robert Cray Band, Taj Mahal, Coco Montoya, Fabulous Thunderbirds, Bobby Blue Bland and Tommy Castro to name a few. Michael John’s strong, soulful vocals are without a doubt his main instrument while also supporting the groove with a style all his own on harmonica and rhythm Guitar.

Hailing from Baton Rouge, Louisiana, Jonathon “Boogie” Long was brought up in a Southern Baptist community and at fourteen, left school to lay down his roots touring with local legends such as Henry Turner Jr. Since then, Long has shared stages with artists like Warren Haynes and Govt. Mule, Dr. John, Rockin’ Dopsie, Kenny Neal and Henry Gray. Long currently fronts his own blues/soul trio, The Blues Revolution. His soul-stomping vocals and monster guitar shredding, paired with bluesy songwriting chops, make his powerhouse performances a “must see.” In 2013, Long was support for a 4-week tour with B.B. King and also had a prime slot at the New Orleans Jazz Festival.
www.californiabeerfestival.com/ventura/