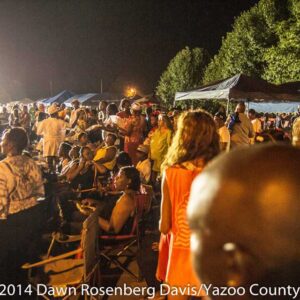 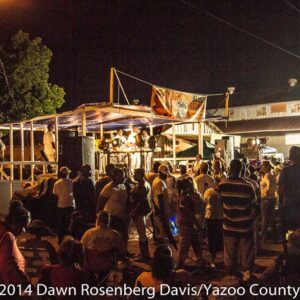 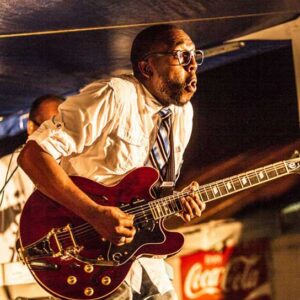 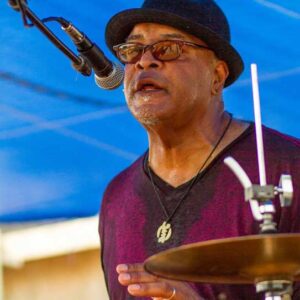 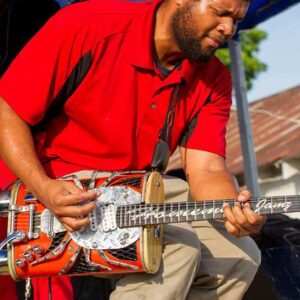 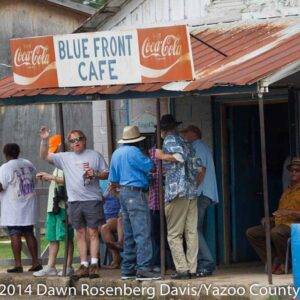 (Bentonia, MS) – The 2014 Bentonia Blues Festival was a blast, as always! Thousands of blues fans made their way to the free festival in downtown Bentonia, home of the Blue Front Cafe, the oldest juke joint still in operation in Mississippi. Normally a one-day event, the festival was extended to include two related events at the Blue Front Cafe, extending the dates of the festival to June 19, 20, and 21. Fans from many states and countries enjoyed a full day of live music on June 21 from local, regional, and national artists.

Adib Sabir’s Deeb’s Blues from Canton, Mississippi, kicked off the outdoor main stage at 4pm, followed by performances from Jimmy “Duck” Holmes (the festival presenter) and Terry “Harmonica” Bean. The Homemade Jamz Blues Band made their first appearance in Bentonia since 2009, thrilling the crowd with their bluesy sound and contagious enthusiasm. The night culminated with performances by Bentonia native blues man, Roosevelt Roberts, Jr., and a crowd-hopping performance by none other than Mr. Sipp, “The Mississippi Blues Child.”