Tips for IBC (for musicians & fans) 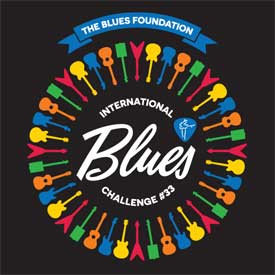 Going to the International Blues Challenge? Good for you! It’s the World’s Largest Gathering of Blues Musicians, and it’s fun. I’ve been involved with the IBC since 1999. I’ve been a venue coordinator and chaired the Blues Foundation Board’s IBC committee. I’ve been a fan on the street and the guy backstage at the finals. If it’s happened at the IBC I either did it, saw it, or know the guys who were there when it happened.

This is something you’ve heard but many of you don’t (and won’t) believe.

Winning the IBC should not be your only goal.

Use this time to network and showcase. Make contacts and do the things that you do best when you get onstage. Have fun.

Susan Tedeschi and Homemade Jamz both came in second. Watermelon Slim didn’t even make the finals. All of them have done OK.

Here are a few suggestions based on my time at the IBC.

Musicians: Before You Leave for Memphis

Musicians: After You Get to Memphis

(Do not leave the comfortable shoes at home. You will definitely need those.)

Your Performance and Scoring