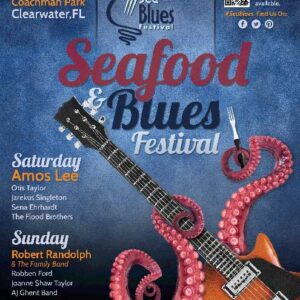 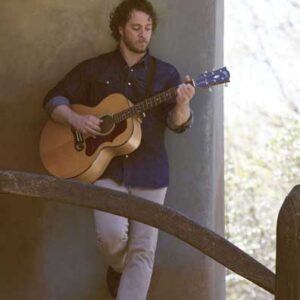 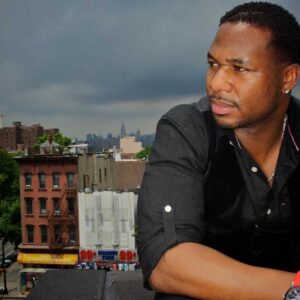 The City of Clearwater, Florida announces the 9th annual Clearwater Sea-Blues Festival and the artists scheduled for February 21-22, 2015 at Coachman Park. This year Clearwater displays its knack for exciting entertainment by choosing top-selling artist Amos Lee on Saturday, and virtuoso pedal steel guitarist Robert Randolph & The Family Band on Sunday.

As a Philadelphia-born former schoolteacher, Amos Lee immediately earned the attention of not only the press and discerning music fans, but also of his fellow artists with his self-titled debut album in 2004. He has worked alongside country artists from Sugarland to Willie Nelson (who called Lee “an exceptional artist, unique to his generation”). Perhaps most notably, he teamed up with the Zac Brown Band on their single “Day That I Die.” He has toured with legendary artists like Bob Dylan and Paul Simon, collaborated with Norah Jones and Lucinda Williams, and been regularly touted as a favorite songwriter and performer by the likes of The Band Perry and Lady Antebellum.

For his fifth album, Mountains Of Sorrow, Rivers Of Song, Lee took a different path for the recording; he worked in a new city with a new producer, while, for the first time, he brought his touring band into the studio with him. The twelve songs that resulted—the follow-up to 2011’s chart-topping Mission Bell—bring Amos into new sonic territory, while retaining the trenchant impact of the scenes, characters, and stories in his writing.

His reconnection to the power of pure music with his new album presumably came at a good time for Amos Lee, coming off of the success of Mission Bell—which debuted at Number One on the Billboard 200, Amazon, and iTunes charts, and spun off a hit single with “Windows are Rolled Down.” “That was a freakish thing,” Amos says with a laugh. “It was cool, I’m glad it happened, but that was never part of our vision. The real goal for us was always to make good music so we can put more songs in the show that we like and that people respond to.”

Robert Randolph & The Family Band first gained national attention with the release of the album Live at the Wetlands in 2002. The band followed with three studio recordings over the next eight years—Unclassified, Colorblind, and We Walk This Road—which, together with tireless touring and unforgettable performances at such festivals as Bonnaroo, Austin City Limits, and the New Orleans Jazz and Heritage Festival, won them an expanding and passionate fan base. Randolph’s unprecedented prowess on his instrument garnered him a spot on Rolling Stone’s “100 Greatest Guitarists of All Time” list, and also attracted the attention of such giants as Eric Clapton and Carlos Santana, who have collaborated with him on stage and in the studio.

*Artists and times subject to change.

About Clearwater
Clearwater is an ideal destination for travelers of all ages and interests, occupying prime real estate along Florida’s stunning Gulf Coast. As a top, year round location for both leisure and business, Clearwater boasts an endless supply of sun, warm weather, great dining and shopping, along with extensive outdoor activities both on land and at sea. Clearwater Beach is consistently ranked among America’s most beautiful and the city is also home to a wide variety of sporting and music events, including Philadelphia Phillies Spring Training and the annual Clearwater Jazz Holiday. www.visitclearwaterflorida.com