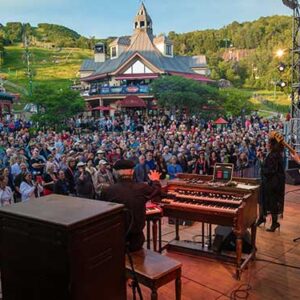 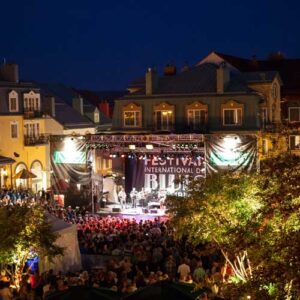 QUEBEC, CANADA – Mont Tremblant will vibrate to the sound of the International Blues Festival From July 3-12, 2015, welcoming musicians from the four corners of the world for 10 days of blues music, from its purest roots to its influence from R&B, soul, funk, country, folk and rock. More than a hundred indoor and outdoor shows, most of them free, will be presented in a natural environment as Street Blues, jam sessions in unusual locations, blues’araoke and music workshops for the family. This 22nd edition will include an explosive program that is more accessible with a wider variety than ever before.

Renowned for the quality of its programming, its enchanting surroundings and the proximity it offers to the artists – all which has secured the Festival with international recognition and numerous awards including the Blues Foundation’s 2013 Keeping The Blues Alive Award for Festival – the 2015 edition proposes more encounters and exchanges. Festival-goers and artists can mingle in the intimate surroundings of the pedestrian village, while the music workshops will provide them with another venue to interact. The friendly environment of the workshops will allow music-lovers and amateurs to learn some tricks of the trade and listen to interesting anecdotes from the artists, who will also be pleased to answer questions and sign autographs. With its redesigned concept, the Blues’araoké offers 20 candidates the chance to participate in a public audition with musicians from the Festival, and the winner will receive an acoustic guitar autographed by the artists of the Festival’s 2015 edition.

Major shows at Place Saint-Bernard, discovery concerts at Place des Voyageurs, Place Deslauriers and on stage in Vieux-Tremblant, with the jam sessions in the resto-bars of the pedestrian village and the shows at the Village Church, the Tremblant International Blues Festival is without a doubt the most intimate international festival!