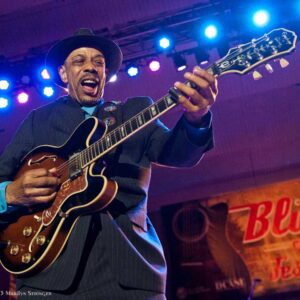 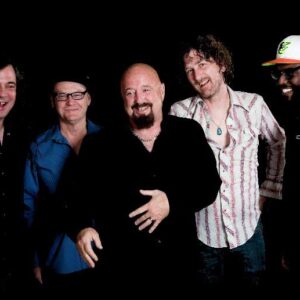 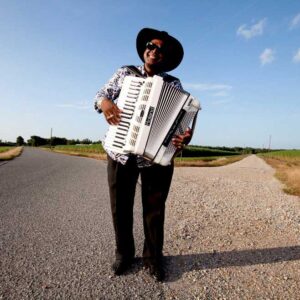 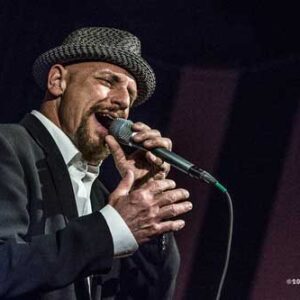 (Trinidad, CO) – Returning to Central Park, the 2017 edition of Trinidaddio Blues Fest will host another world-class lineup. Headlining this year’s show will be the Fabulous Thunderbirds. The T-Birds first appeared in the 1970s and despite numerous personnel changes over the years, they have maintained a top-shelf international profile and prolific musical output under the leadership of founder Kim Wilson. Not only did Kim establish himself early in his career as one of the top harmonica players in the world, but his playing. singing and writing have remained relevant and dynamic ever since, as evidenced by a steady stream of tours, collaborations, and recordings, and by his 2016 Blues Music Award as best harmonica instrumentalist.

Appearing just before the T-Birds will be two-time Grammy nominee and 2017 BMA nominee John Primer and The Real Deal Band, with special guest Ken Saydak. John was the guitar player in Muddy Waters’ last band, and the time John spent with Muddy cemented his commitment to real Chicago blues, the music that came directly from the plantations of the South to the urban centers of the North and influenced rock music for decades. Although he is the real deal blues, John is capable of updating the sound of his mentors and bringing a fresh approach, as he did in his star-studded 2016 release Muddy Waters 100, a tribute to Muddy’s career and music on the 100th anniversary of his birth. Joining John and his band will be Delmark and Evidence recording artist, pianist Ken Saydak, who has previously both toured and recorded with John.

In what has become a Trinidaddio tradition, Zydeco music will bring its joyous exuberance in the person of Nathan Williams and his band, The Zydeco Cha-Chas. In 2015 Nathan received the ZBT Clifton Chenier Lifetime Achievement Award, and he and his band were recipients of the Zydeco Music Association’s Lifetime Achievement Award in 2012. They will bring their Louisiana dance party to both the festival’s Main Stage and pre-fest events.

2016 BMA Nominee for best Soul Blues Album, Tad Robinson returns to the festival with his band. Tad began his recording career on Delmark Records, and has since moved on to release a string of outstanding CDs on Severn, highlighting his voice, one of the strongest, finest, and most soulful gifts you will ever have the privilege to hear. His career has been marked by numerous awards and nominations, constant international touring, and steady growth as a singer and songwriter, placing him in the top echelon of blues crooners today.

2015 BMA Nominee for Contemporary Blues Female Artist, Alexis P Suter Band makes her first appearance at Trinidaddio this year. Since her debut album in 2005, this blues and soul dynamo has been racking up miles and plaudits on the festival circuit. Her talents have earned her spots opening for some of the great contemporary blues artists, and none other than blues legend B.B. King said of her when she appeared with him, “It’s a rare thing to share the stage with great talent like that young lady”.

The Trinidaddio Blues Fest would not possibly be complete without the appearance of the Albuquerque Blues Connection. This crowd-pleasing band from New Mexico has performed at every single TBF since its inception, including all of the PreFest shows, and 2017 will be no exception. Their boogie-driven primal blues have made them both a musical and sentimental crowd favorite in Trinidad and throughout the southwest.

Joining the line-up for the first time this year will be another New Mexico band, The Pleasure Pilots. This jumping juggernaut will bring the sweet strains of the music that gave birth to rock ‘n’ roll, the swinging sound which merged jazz with blues and became known as old school Rhythm and Blues. You’ll hear the influence of great artists like Amos Milburn, Louie Jordan, and Ray Charles in the music of this horn-driven R&B machine.

As sure as the National Anthem opens ballgames, local guitar virtuoso Jaquie Gipson will again open the 2017 Trinidaddio Blues Festival. Jaquie uses an arsenal of acoustic guitar techniques to create her original and magical music, which while not necessarily considered traditional blues, shares its deep soulfulness and spirit.

Gates open at 11am and last call is at 9:00 with the music ending shortly after that. The Fest will include food, craft and many types of merchandise vendors. There will also be entertainment for children.

Every year on the Friday night before the Fest, a PreFest Party is held to show appreciation to our sponsors and volunteers and showcase some of the talent appearing the next day at the Fest. This year, the PreFest Party will star Alexis P Suter Band, John Primer and the Real Deal with special guest Ken Saydak, the Tad Robinson Band, Los Albuquerque Blues Connection and the opening act will be the winner of the Colorado Blues Challenge in May!

New for 2017, the PreFest Party will be a FREE event sponsored by the City of Trinidad Economic Development and will be held in the middle of the Central Business District. An ‘entertainment district’ will be in place allowing attendees to walk with open containers of alcoholic beverages from the main stage area at the corner of Main & Commercial Sts to various restaurants, bars and other businesses within the district. Music will start at 6pm and last until at least 10pm. Don’t forget to bring a chair!