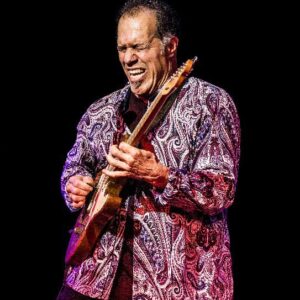 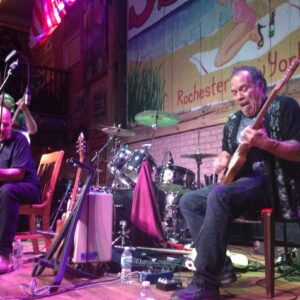 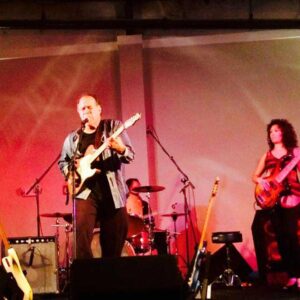 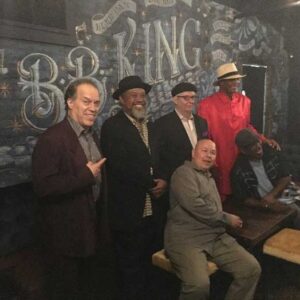 To many it would seem that Billy Thompson has lived under the radar within the broad musical community, even though he has been steadily working in the industry for a decade or two or four (but whose counting), with his first album Coat of Many Colors released over 30 years ago. But to those who have happened upon Billy’s soulful singing and guitar playing, the radar has been fine-tuned to pick up the next signal of activity. And here it is!

Billy’s latest release titled simply BT has hit the airways and has been garnering positive reviews. Billtown Blues writes “BT is Thompson’s eighth release, and, like a fine wine, he is getting better with each passing day. Straight-ahead blues, R&B, a hint of blue-eyed soul, funk, blues/rock and a bit of honky-tonk, this is a well-rounded album that, through it all, never loses sight of the blues in its many forms… This album addresses the most pressing issues of the day, and does it in such a way that the listener can make up his or her own mind. Billy Thompson does it all, moving from one style to another, seamlessly, and with a touch of class.  This is another album that has a timeless quality. Each time I listened to it, I was drawn into it more and more, hearing something new and exciting every time.  While I am admittedly a blues purist, to a degree, it is hard not to acknowledge quality work…and this is top shelf.” – Bill Wilson

Recent Blues Blast review states, “Regular readers of Blue Blast may remember that guitarist Billy Thompson was nominated for a 2012 Blues Blast Music Award in the Contemporary Blues Recording category for his A Better Man project. With this, his seventh full-length release, Thompson offers up another batch of original material that flows through the landscape where blues and rock co-mingle to form a savory gumbo of musical delights. This is one of those releases that truly blurs the lines between musical genres. Terms like roots music, Americana, or rock simply fail to convey the true nature of Thompson’s detailed arrangements fleshed out with a level of lyrical sophistication that is a rare commodity these days. Blues is part of the mix but, bottom-line, this is Billy Thompson giving listeners another chance to peer into his musical soul.” – Mark Thompson

The CD has 11 original songs, all created by Billy or co-created with a few friends, including his long-time partner, Kirsten Trump. It also features one cover of the Doobie Brothers classic, “Long Train Running,” reworked with a New Orleans Papa Legba rhythm. Songs such as “Burn It Down Bernadette” and “Phoine” share Billy’s comic side and his sense of fun-k, while songs like “Silent Warrior” and “In the Back of Beyond” were written with specific loved ones in mind and speak straight to the heart. There is also some deep soul searching in songs such as “Black Rain,” “Stranger” and “That Devil.” Thompson is not afraid to go to these darker places and you, the connoisseur, will be glad he did. Once you have found him, Billy Thompson, a true gem in the rough, is like an unearthed buried treasure of American music. Blues great, Larry “Arkansas” Davis said it best, “Bill, you’re writing the blues of the future.”

The Billy Thompson Band features some of the finest players from around the country, depending on where the road takes him, creating a unique brand of live-action performance. Band mates and players from the East and the West Coasts include Earl Smith Jr., Terry Scott, Jr., Lionel Batiste, Daryl Johnson, James East, Michael Leroy Peed, Danny Campbell, Eric Selby, Ron Holloway, Michelle Lucas and Tony Echols.

The radar and the music don’t lie! It’s raw, pure and unapologetic! Thompson has been called a “Slidemaster!” and a “Force of nature!” by Blues Blast Magazine, and as the airwaves are enjoying Billy’s new release BT, Billy Thompson is ready to bring it to you live. He is excited to add your city or venue to his “play list!

Billy Thompson was born in Fayetteville, NC (Army Brat) / pre-school, Lake Charles, LA / 1st grade, Ft. Polk, LA. Migrating slowly West with stops in New Mexico and Arizona. Billy finished High School in San Diego which was home, most of his adult life. His current home is Berkeley Springs, WV and has been spending some quality time in New Orleans, LA as of late!

He also represented the DC Blues Society at the 2009 International Blues Challenge and toured Europe as featured guitarist with The Harlem Gospel Singers.

Supporting the new BT CD is “my first and foremost goal,” says Billy. “We’d love to play your festival, Blues Society shindig and all venues great or small.”

“Hey guitar player, gimme your card. I wanna do some gigs w’ you” – Albert King

“Man, this CD is gold-blooded” – Art Neville (on Tangerine Sky)

“He writes blues for the present as well as the past, he sings without any barriers and literally, picks his ass off” – Vintage Guitar Magazine