We asked for it… you Delivered!

2) The Mighty Org, Memphis IBC Finalist, in Houston before a solo club performance. 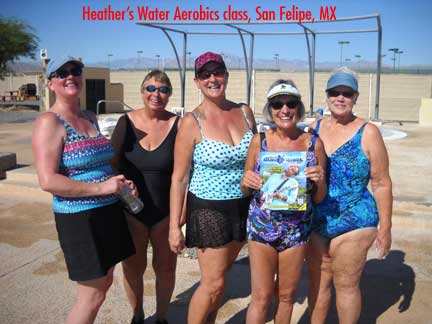 From Jackie Alameda of the Baja Blues Fest:

The BFG makes it to Egypt! Members of the Baja Blues Festival board visited Cairo. Here’s Board member Terri Smith’s mother, Mary Johnson, showing off her BFG in front of the pyramids.

2) Bayou Bone Man with his copy of the Blues Festival Guide magazine at the 2016 New Orleans Jazz and Heritage Festival!

3) BFG sales rep Tom Andrews (Lt) with Deak Harp (Ctr) and drummer Lee Williams (Rt). The energetic Harp blew the roof off the tent during his debut at 2016 New Orleans Jazz and Heritage Festival and was treated to a standing ovation.

From Henry “Dancing With The Blues” Tate:

3) Lil Ed Williams of The Blues Imperials and Henry Tate at the Western Maryland Blues Fest Hagerstown, MD May 30, 2015. Photo by Randy Hill

Tweed Funk :: COME TOGETHER Lloyd “Have Mercy” Jones is “Doin’ What It Takes” - Across the country and around the world!