This weekend is the Gator by the Bay Festival in San Diego, CA 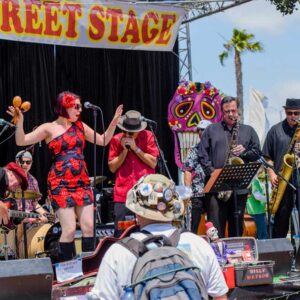 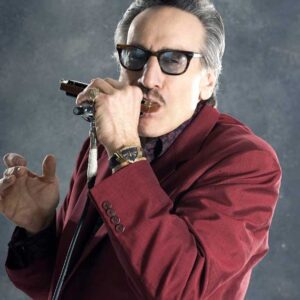 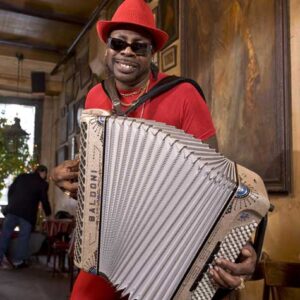 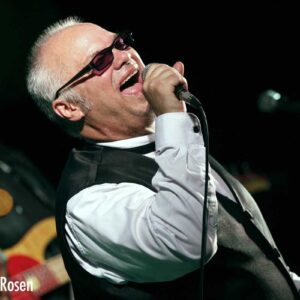 SAN DIEGO, CA – Now in its 15th year, San Diego’s Gator By the Bay, May 5-8, 2016, has become a wildly popular San Diego festival tradition, known for presenting an eclectic mix of musical styles and a fun-filled atmosphere. Wander among the festival’s seven stages at Spanish Landing Park, and you can listen—and, of course, dance— to over 90 performances of everything from authentic Louisiana Cajun and zydeco music to Chicago and West Coast Blues, from Latin to rockabilly and swing—and more! This year, several new experiences are sure to add to the historically high level of enjoyment.

For starters, the stellar lineup includes blues greats Roy Rogers, Curtis Salgado, John Nemeth, Kid Andersen, Rick Estrin, Sugaray Rayford, Kid Ramos, and a host of others. Zydeco superstars C.J Chenier and the Red Hot Louisiana Band, Jeffery Broussard and the Creole Cowboys, and Curley Taylor and Zydeco Trouble, as well as Grammy nominated Cajun favorites Bonsoir Catin, will bring their good-time dance music straight from the bayous of Louisiana, while the San Francisco Bay Area zydeco scene will be representin’ with Motordude Zydeco. Expanding the eclecticism of the musical entertainment, two Irish-flavored bands will be gracing the festival stages for the first time for that genre: the highly regarded Skelpin and the raucously fun Ass Pocket Whiskey Fellas.

In recent years, Gator By the Bay has earned a coveted reputation for bringing together star-powered combinations of musicians in innovative mash-up performances, presenting musical groupings not heard anywhere else, and this year is no exception. On Saturday, May 7, San Diego’s own multiple gold guitarist Johnny Vernazza will share the Mardi Gras Stage with blues greats Roy Rogers and John Németh. Often lauded as the “Master of the Slide Guitar”, Roy Rogers’ distinctive style is instantly recognizable. He’s shared duets with such greats as John Lee Hooker and Allen Toussaint, and teamed up with the likes of Norton Buffalo and Ray Manzarek. Harmonica virtuoso, vocalist and songwriter John Németh has multiple Blues Music Awards nominations to his name, and his album, Memphis Grease, won Best Soul Blues Album at the 2015 Blues Music Awards. He has been nominated for the Blues Music Awards 2016 B.B. King Entertainer of the Year Award, to be given out on May 5.

Other notable combined artists’ performances include, Alabama Mike & the Drop Ins with harmonica master Rick Estrin, guitarist Kid Andersen, and harmonica and guitar whiz-kid Jon Atkinson on Friday evening, May 6, and Jon Atkinson with Rick Estrin and a special guest TBA on Saturday, May 7. Also on that Saturday, you can catch the R&B, jazz and gospel stylings of the SD Soul Collective, a blend of individual musicians and vocalists whose strong, sultry vocals combine with tight harmonies to take listeners “down home”. On Sunday morning, May 8, the future of the local music scene will be joyfully demonstrated through the collaboration of the teenage participants performing as Minors in a Major Key.

For musicians (and wanna-bes!) the festival will be more hands-on and participatory this year. On Saturday afternoon, the first annual Bourbon Street Food Court Kazoo Parade, led by Billy Watson and Jr. Watson at the conclusion of their set on the Bourbon Street stage, will be abetted by the distribution of free kazoos to the first 100 lucky paraders so that they can parade along. On Sunday, 75 free harmonicas will be given out to attendees at the workshop given by “Harmonica John” Frazer, sponsored by a local harmonica maker. Part of the full schedule of workshops included in the festival admission, Harmonica John’s workshops are always extremely popular, and the opportunity to learn with individual instruments is sure to up the interactive enjoyment. Also on both Saturday and Sunday evenings, a bluegrass jam will be held for anyone wishing to participate.

One of the most colorful additions to Gator by the Bay will be the presence of an authentic, fantastically costumed Mardi Gras Indian leading the Mardi Gras “Second Line” Parade with the Euphoria Brass Band on Saturday and Sunday. Mardi Gras Indians are a New Orleans tradition dating back to the 1800s and are African American or black Creole revelers who dress in elaborate, hand made beaded and feathered costumes to resemble Native American Indians. They organize in tribes and march in costumed splendor on Mardi Gras and St. Joseph’s Day, and sometimes make appearances at festivals or other special events. (You can read all about the tradition here.) For the past several years, Gator By the Bay has been honored by the State of Louisiana as an Official Ambassador of the distinctive culture, and in keeping with the goal of presenting an authentic experience, Tyrone Bell, a Mardi Gras Indian currently living in the Los Angeles area, will lead a workshop on both Saturday and Sunday to explain this unique segment of Carnival celebrations.

Lastly, performance schedules, parking information, festival maps, and all necessary information for the family-friendly event will be easily accessible with the new Gator By the Bay phone app. The app allows attendees to personalize their schedule according to their interests.

In addition to great music, Gator By the Bay festival goers can devour 10,000 lbs of fresh crawfish, brought in live directly from the Louisiana bayous, and other delicious food, participate in cooking demos of traditional Louisiana dishes, take free dance lessons to take full advantage of the large wooden dance floors at 5 stages, learn about Louisiana culture and music at workshops, shop for artisan-made merchandise, and just generally have a wonderful time in a beautiful marina-front setting on San Diego Bay. Gator By the Bay is conveniently located in Spanish Landing Park, across Harbor Drive from San Diego International Airport.