Where Do You Keep Your GRAMMY: Fantastic Negrito 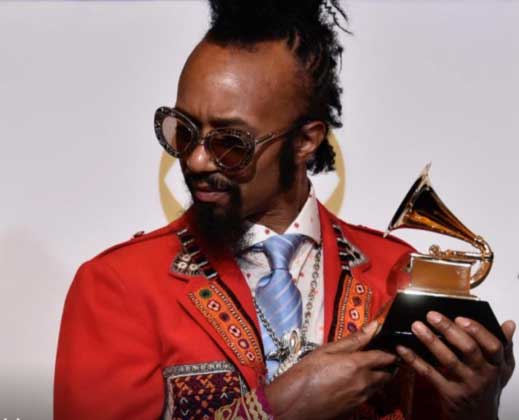 Fantastic Negrito’s road to GRAMMY gold began after rethinking some of the life choices he was making on the streets of Oakland, Calif.

“Kids my age, they were all selling drugs and a lot of people that I knew were getting killed in the streets and I just thought, man, there’s gotta be a better way to make money,” he told the Recording Academy.

Fast forward to 2017, Negrito earned his first win for 2016’s The Last Days Of Oakland in the Best Contemporary Blues Album category. In 2019, Negrito scored his second award in the same category for 2018’s Please Don’t Be Dead.

The awards meant a lot to him: “It’s inspiration and it is validation, especially for people that are outside of the box, ’cause I’ve been outside of the box my entire life,” he said. “I’ve always felt like I was watching everybody else celebrate. It’s been the story of my life and for the GRAMMYs to honor that is huge.”

In the latest episode of Where Do You Keep Your GRAMMY?, the lively blues singer, who got his name thanks to the Mexican community he grew up around, shows the Recording Academy exactly where he keeps his two cherished golden gramophones: his bank. While the physical awards may not be in his home, it’s the legacy they carry Negrito seems to be most grateful for.