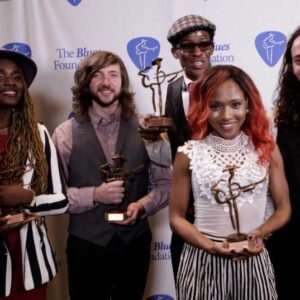 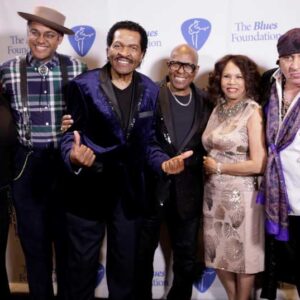 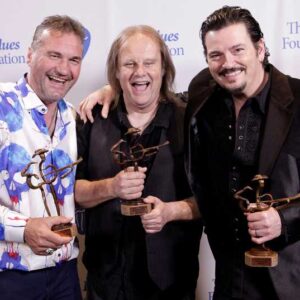 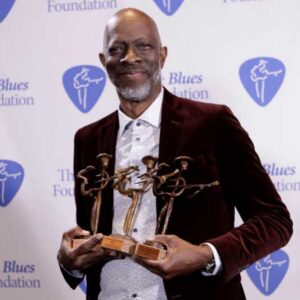 (MEMPHIS, TN) – The Blues Music Awards encompass a broad range of blues styles as well as recognizing both great old and new blues performances. The packed house of top blues musicians, music business professionals and devoted fans from around the globe not only got to salute the best in blues for the past year but also enjoyed a night filled with terrific live performances. Blues music continues to grow and thrive; half of the performances on the BMA stage were led by artists who are under the age of 45, with many still in their 20s and 30s. Blues Foundation President and CEO Barbara Newman reports, “We are watching the trends closely, and the blues, as a genre, is definitely on an uptick, with younger musicians being drawn to create and play this style of music and a continually growing following of the music on our social media outlets and beyond.”

While the Blues Hall of Fame Induction ceremony and the Blues Music Awards certainly rank as highlights, the Blues Foundation’s Blues Music Week also contained a variety of special events, including a Little Steven concert, a special meet-and-greet with painter Michael P. Maness (whose art is currently on display in the Blues Hall of Fame Museum), a Bob Porter book signing, a Recording Academy luncheon, free health screenings hosted by the Blues Foundation’s HART Fund, and a lively jam session fundraiser that followed the Induction ceremony.

As Little Steven said in his introductory speech, “At a time our country is more segregated than at any time in the past 100 years, music holds us together and touches all our souls.”

Band of the Year
Rick Estrin & The Nightcats

Rock Blues Album
We’re All In This Together, Walter Trout