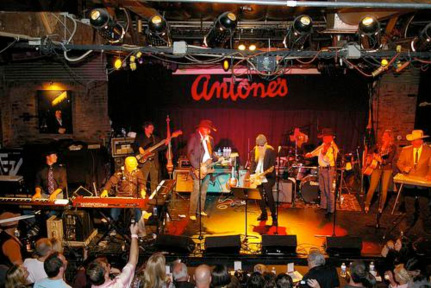 New York Times - Antone’s, a nightclub in Austin, Tex., that played a big part in establishing that city’s reputation as one of the nation’s centers of live music, has agreed to be bought by a consortium including a National Geographic scientist and a former member of the Dave Matthews Band.

The club, founded by Clifford Antone in 1975, was best known as a home for blues, and it helped start the careers of Stevie Ray Vaughan, the Fabulous Thunderbirds and, more recently, Gary Clark Jr. Mr. Antone died in 2006 at 56.

The buyers are led by Spencer Wells, 44, a geneticist who is the director of the National Geographic Society’s Genographic Project, which studies human DNA to understand historical migration patterns. Among his partners in the deal, which was set to be signed on Wednesday, are Peter Griesar, who played keyboards in the Dave Matthews Band in the early 1990s. The terms of the deal were not disclosed, other than that the asset purchased was the Antone’s brand. 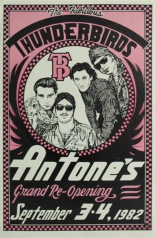 J. Tayloe Emery, a film and television producer who is another partner in the venture, said the new owners plan to move Antone’s from its current spot on the east side of the city — the club’s fifth location in its history — back to the central nightclub zone in downtown Austin. Antone’s owner since 2010 was Frank Hendrix, also known in Austin as the former owner of the club Emo’s. When putting Antone’s on the market in September, Mr. Hendrix told The Austin Chronicle that he had tired of the music business and was developing a reality television show about oil exploration.

In a phone interview on Wednesday, Mr. Wells said the deal was set in motion by a Facebook message from his brother Arnold, a musician and photographer in Austin who is also a partner. Having seen a news article about the club being put up for sale, Mr. Wells’ brother forwarded it to him with a note saying, “Hey, dude, looking for an interesting investment?” The investment group was put together over the last six weeks or so, Mr. Wells said.

Mr. Wells acknowledged the oddity of a scientist buying a blues club, but said that he went to the University of Texas at Austin as an undergraduate — enrolling at 16 — and, as a music enthusiast, he saw many
memorable concerts at Antone’s, including the blues heroes John Lee Hooker and Pinetop Perkins.

“It changed my horizons seeing that,” Mr. Wells said. “Antone’s is an icon of the Austin music scene,” he added, “that set in motion what became the whole idea of Austin as the live music capital of the world.”