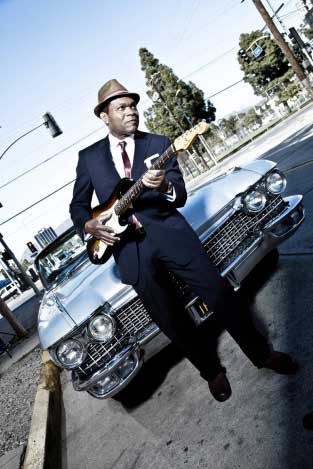 Now entering its 8th year, the Clearwater Seafood & Blues Festival Presented by The City of Clearwater, Feb. 15-16, 2014, will feature some of the finest blues musicians live in concert and Tampa Bay’s Finest Seafood delights. Presented in Coachman Park, this annual festival has become one of Clearwater’s most beloved signature events, and appeals to thousands of visitors during February each year.

Free General Admission. Limited Reserved Seating and VIP tickets will be available. More information about the 8th annual Clearwater Sea-Blues Festival is available by calling (727) 562-4700, or online at www.ClearwaterSeaBlues.com. 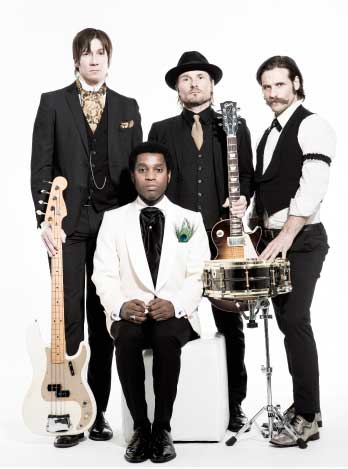 Robert Cray Band – We are pleased to welcome back to Coachman Park this five-time Grammy Award Winner whose music on This Time remains stubbornly beyond category. He has been internationally admired as a stylist whose innovations have brought new life to the blues. His new album’s barrier-busting material demonstrates once again that attempting to slot Cray into a single genre is an exercise in futility.
Vintage Trouble - A sensational, soulful four-man band whose very essence screams out loud of the late 1950′s to 1960′s. Vintage Trouble’s album, The Bomb Shelter Sessions, recently won them Ryan Seacrest’s Indie “Song of Summer.” Their second album comes out in spring 2014.
Peter Karp & Sue Foley - Supporting their exciting CD, Beyond The Crossroads, Peter and Sue are high voltage, plank spankin,’ piano boogying,’ slide guitar stompin,’ blues-rockin’ guitarists. He Said- She Said, their previous album, hit the Top 10 on the Billboard Blues Charts and was #1 for 6 weeks on the National Blues and Roots Charts.
Marquise Knox - At only 19 he has already released three albums with the release of Manchild which has received worldwide acclaim, including Living Blues’ Best Debut Artist Award and a Blues Music Award nomination for Best Debut Artist.
Sunday, Feb. 16

Savoy Brown featuring Kim Simmonds - One of the longest, continuously running, blues/rock bands in the world today. Kim Simmonds and Savoy Brown have a new album release planned for January 2014 entitled Going To The Delta.
Ana Popovic - During 2013 Ana has appeared on the cover of Vintage Guitar, Guitar Player’s Gear Guide and American Blues Scene. Her album, Can You Stand The Heat was a “Pick Of The Week” by USA Today. Nearly all of Ana’s albums made it the Top 5 of the Billboard Blues Charts. She’s performing at Clearwater Sea Blues for the second time.
Eric Lindell - An American singer-songwriter best-known for his 2008 album, Low on Cash, Rich In Love and the single from it, “Lay Back Down.” A fan favorite, this is his third time performing at Clearwater Sea Blues.
Samantha Fish - Exploring new sounds in her recently released album “Black Winds Howlin’” Samantha Fish is a must see act! This young Kansas-based artist is sure to continue to rise in the blues industry with her unique sound, often called a Blues prodigy at only 21.

About Clearwater
Clearwater is an ideal destination for travelers of all ages and interests, occupying prime real estate along Florida’s stunning Gulf Coast. As a top, year round location for both leisure and business, Clearwater boasts an endless supply of sun, warm weather, great dining and shopping, along with extensive outdoor activities both on land and at sea. Clearwater Beach is consistently ranked among America’s most beautiful and the city is also home to a wide variety of sporting and music events, including Philadelphia Phillies Spring Training and the annual Clearwater Jazz Holiday. www.visitclearwaterflorida.com