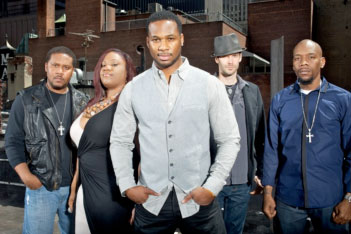 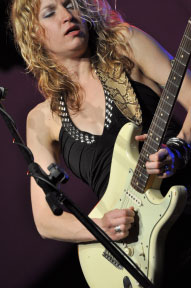 When Robert Randolph talks about his new album, Lickety Split, a few words come up over and over —”joy,” “freedom,” “energy.” Which is no surprise, really, because those are the same things that immediately spring into a listener’s mind when these twelve tracks from the virtuoso pedal steel guitarist and his longtime accompanists, the Family Band, explode out of the speakers.
“Robert Randolph is an American Original,” says Don Was, President of Randolph’s new label, Blue Note Records. “He has mastered what is, arguably, the most complex instrument in the world and developed a unique voice that is equal parts street-corner church and Bonnaroo.”

Ana Popovic, the award-winning, hard-touring, guitar slinger, blends smoking electric funk and slide guitar, jazzy instrumentals and a tight blues groove with soulful, feminine vocals. Add to the mix her incredible stage presence and you have an irresistible force in the world of contemporary blues music.

Ana and her phenomenal four-piece band as well as her Mo' Better Love Big Band are tirelessly touring, playing major blues, jazz and rock festivals around the world. She is endorsed by Fender, Mesa Boogie, Ovation and DR strings. Ana has shared headlining stages with B.B. King, Robert Cray, Buddy Guy, Robert Randolph, Jonny Lang and many others. When not on tour, she resides in Memphis, TN.