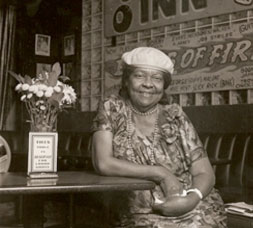 Babe's and Ricky's Inn, the Award winning blues documentary produced and directed by Ramin Niami, chronicles the last days of one of the most unique and vibrant blues clubs in the world.

For over fifty years, Laura Mae  "Mama" Gross, an African American woman from Mississippi, brought musicians together, regardless of race, age, or gender, in a place where only the music mattered. The club was originally located on legendary Central Avenue in South Central LA.

"Mama" created a place where people such as John Lee Hooker, B.B. King, Albert King and others shared the stage with newcomers in an open, creative, and safe environment.  The film shows many musicians at their homes and on stage.  They share their life experiences, their music and their memories of "Mama."  She acted as a teacher of the blues who's charm and forceful character served as the reason why Babe's and Ricky's Inn became one of the most successful clubs in the world. 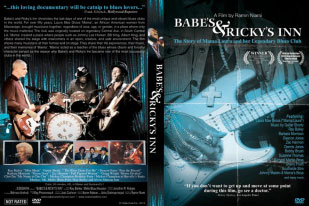 The film features original music by some of the most important blues artists alive and showcases some of the most unique blues clubs in LA.  Stunning guitar performances and personal stories about the hard blues life come together in a film about what it means to devote your life to music. What is remarkable about Babe's and Ricky's Inn is that it attracted generations of young people who listened, learned, and enjoyed.