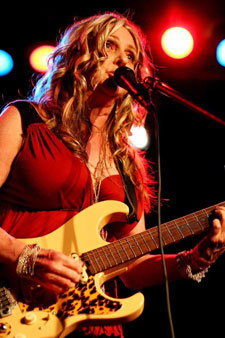 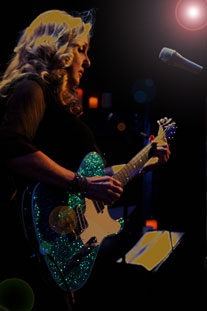 Check out PEACH’S soulful, seductive live recording of "It Meant Nothin'," a song she co-wrote with well-known bluesman, Keb' Mo' that’s been viewed by over 160,00 people since it posted on YouTube in June.

“PEACH is back on the stage with her high heels, one-of-a-kind stage presence, and her six string, and she's here to stay!” – ROCKWIRED

“Her voice is unique for the blues, and her original compositions and clever treatments of classic material make listening to PEACH a pleasure" SOUTHBOUND BEAT

“PEACH’s kind spirit and passion make for a unique blend of Blues artist/Freddie King fan. She is rooted in what is important about music.” INFLUX MAGAZINE