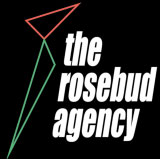 The Rosebud Agency will be segueing out of booking representation at the end of 2013. Unforeseen circumstances leading to a concern about being able to deliver the same level of service indicated that it was time to wind down the agency side of the company. Agency founder Mike Kappus will continue to work on special projects in addition to select artist management as he has for the past 42 years. The booking side of the agency will remain active until the end of 2013 and will retain staff to follow up on agency business into 2014. Any questions regarding bookings, artists' new representation contacts or any other matters can be addressed by contacting us. For more information, see our complete press release concerning the booking side of the agency winding down.

Established in 1976 (surely a contender for one of the longest-running sole proprietorship agencies), Rosebud expanded from an initial North American focus to booking performances in Europe soon after and has represented its artists worldwide ever since. Over 37 years, the company has accomplished a good deal; its intentionally small artist roster has racked up over 125 Grammy® nominations and 25 wins, plus dozens of Gold and Platinum records globally.

The booking side goes out on a very high note with the December 6, 2013 announcement of this year's Grammy nominations. Rosebud artists scored 8 nominations and collaborated on many more. Charlie Musselwhite brought home 3 nominations, Allen Toussaint was honored with 2, and Mavis Staples, James Cotton and Jim Lauderdale scored a nomination each. Charlie Watts, Trombone Shorty, Mavis Staples, The Savoy Doucet Cajun Band and BeauSoleil's David Doucet also contributed to additional Grammy-nominated projects this year

The Blues Music Awards also just announced their 2013 nominees as well with Charlie Musselwhite and James Cotton tied with Lurrie Bell for the most nominations earned by any artist this year. Marcia Ball was also nominated for the Pinetop Perkins Piano Player of the Year (an award she's won 5 times and been nominated for 15 times previously), adding up to 11 total BMA nominations for Rosebud artists. Additionally, the Americana Music Association also just named Carrie Rodriguez's Give Me All You Got and Jim Lauderdale's collaboration with Buddy Miller, Buddy and Jim, among its Top 10 most played albums on radio this year.

Agency founder Mike Kappus wishes to give heartfelt Thanks to all the incredible musicians who have entrusted us with bringing their music to the world. We have been truly blessed for 37 years to work with you all t fulfill our mission of giving more personal attention and support to an intentionally limited number of timeless artists whose music transcends passing trends. We also give a big Thanks to the Rosebud staff past and present and everyone in the business worldwide who has helped give these artists a stage and support each of them in their own way. Thank you all very much.