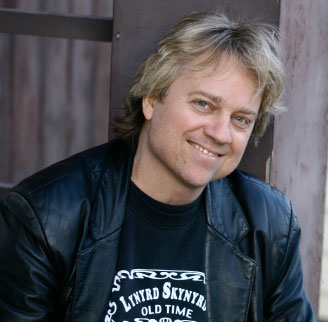 Daily Political - Prolific producer, songwriter and performer Tom Hambridge has indelibly left his mark on five albums currently climbing the Billboard Blues Chart this summer, producing four albums, contributing songs to all five and performing on a number of the tracks as drummer and vocalist. It’s no wonder that Hambridge is considered one of the most sought after producers in the business today.

After debuting at number one and currently holding strong at the number two spot, is Buddy Guy’s critically acclaimed Rhythm & Blues, a double-disc blockbuster that Hambridge both produced and co-wrote eighteen of the album’s twenty-one songs. Rhythm & Blues features special guests including: Keith Urban, Kid Rock, Gary Clark, Jr. Steven Tyler and Joe Perry from Aerosmith. Hambridge worked directly with each of these world-class performers to capture their best.  Of Guy, John Parales from the New York Times said: “Whether he’s singing about his mother’s advice or the eternal blues staple or woman trouble, Mr. Guy hits home” and Hambridge’s many talents certainly play a formidable role in bringing Guy’s life story home to the fans.

And there’s more. Hambridge produced, wrote or co-wrote every song on the Quinn Sullivan album Getting There, currently at number four on the Billboard Blues Chart and cracking the top forty of the Heatseekers chart.

If that’s not enough, Hambridge played drums on and also contributed music to the latest Delbert McClinton and Glen Cark album Blind, Crippled & Crazy, at number five, and the album by Too Slim Tail Draggers Blue Heart which debuted at number three. To add to this summer’s hectic schedule, Hambridge tunes are found on the latest albums by ZZ Top, Lynyrd Skynyrd, and the legendary Eric Burden, formerly of the Animals.

As Tim “Too Slim” Langford said in a recent interview in Blues Blast, “Then, lest we forget, there was the drummer and producer – probably the hottest name in the blues business–Grammy Award-winning Tom Hambridge. Tom’s approach was to just try and catch the moment. We’d talk about the song for a minute and then – bang! – He’d count it out and just go for it. And pretty much, that’s how it went. Everything is pretty much first or second take. Tom is just incredibly organized and just has such a calm vibe about everything. Everybody was just so relaxed and chilled about recording, that it made me feel really comfortable right off the bat. And on top of that, Tom’s such a great drummer.”

In catching a breath after the rather busy summer he’s had, Hambridge said: “I am honored to work with musical legends like B.B. King, James Cotton, Buddy Guy and so many other great artists. My goal is to create music that stands the test of time and I’m very proud of what we’ve been able to accomplish.”

The irrepressible Buddy Guy said: “I’ve had a lot of producers …. but forget the rest, Tom is the best. Tom brought the songs, the team and the vision to the party that lit up Rhythm & Blues.”

For more on Hambridge, visit his website at www.tomhambridge.com