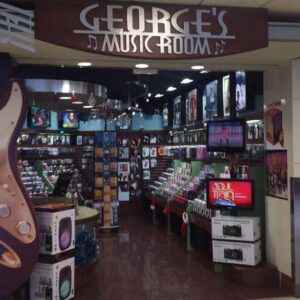 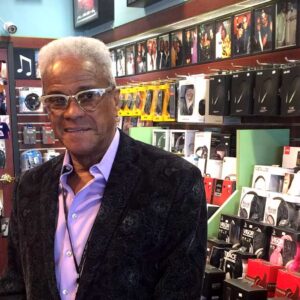 (Chicago, IL) – George’s Music Room was an iconic record store on Chicago’s West Side for over 30 years before succumbing to changing tides. But the popular store has survived now at Chicago’s Midway Airport since 2001, where it was awarded space by Mayor Richard M. Daley’s administration. However, now George’s is losing its airport lease under a revamped concessions lineup. To Chicago residents and the thousands of airport goers from around the world that have discovered and enjoyed George’s Music Room, this is disheartening news. George’s is also said to be the only Black-owned business at Midway.

As one supporter exclaims, “George’s Music Room is a piece of Chicago’s history! It needs to be preserved!” Another signer states matter-of-factly, “Because this store is a huge part of African American Culture/history in Chicago!”

Read a nice article about George Daniels at WMOT.org

The Northwoods Blues Festival 2017 announces return of the Walter Trout Sandwich among highlights! McKee Brothers :: ENJOY IT WHILE YOU CAN