Zakiya Hooker… Another Generation of the Blues 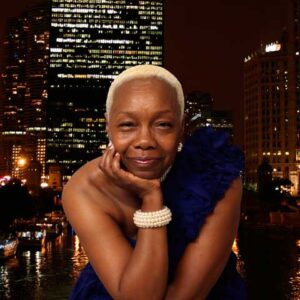 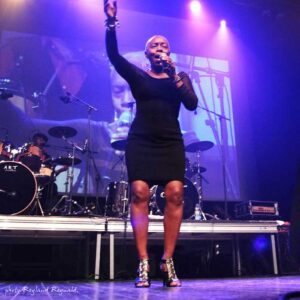 When a woman sings the blues it is the most natural rhythm on the planet. Who else to better know and express the anguish of love and pain or the rollercoaster ride of joy and despair than a woman who has the full experience of life from the beginning to the end, and the intimate knowledge of motherhood and the intuitive gift of survival at her fingertips.

Zakiya Hooker knows this very well. The Detroit native made her debut performance in 1991 with her dad, John Lee Hooker, in Oakland, CA. She has since gone on to perform and record internationally, establishing her voice in a genre dominated by men.

Zakiya’s face has been seen on the cover of several well-known trade magazines including Billboard Magazine. Zakiya’s voice can be heard on advertisements for Lexus and AIWA, also on the soundtrack of the movie Chalk, which won both the Camera d’Or at Cannes and Grand Prize at the Sundance Film Festival in San Francisco. The Bay Area Blues Society, South Bay Blues Society, KCSM Radio station out of San Mateo, CA and the City of Oakland have honored Zakiya with numerous awards and the key to the city of Oakland, California.

Zakiya has had the opportunity to grace the stage of the famous Fillmore Auditorium, The San Francisco Blues Festival, Radio City Music Hall and The Monterey Jazz & Blues Festival. She has traveled extensively throughout Europe and has been dubbed the “Diva For The People” because of her openness and ease with which she deals with her audience.

Zakiya is currently working on her seventh CD, which will be an acoustic tribute to herself and her dad. Zakiya will be playing guitar and she will be doing several of her dad’s tunes along with original songs. Ollan Christopher, who is Zakiya’s long time producer and music director, is producing the CD. Ollan brings with him the experience of over 50 years in the music industry, including working with Curtis Mayfield for seven years. The CD is due to come out later this year.

Zakiya Hooker is John Lee Hooker’s living legacy. She is the singer-songwriter daughter of this American Icon and she is carrying her father’s seminal blues-torch confidently into the new Millennium.

Zakiya will be appearing at the Chicago Blues Festival in Millennium Park on June 11, 2017. Showtime is 2:30pm to 3:30pm

Please come and sit a spell and enjoy the warm sounds of “Zakiya Hooker & Bluz 4 U.”