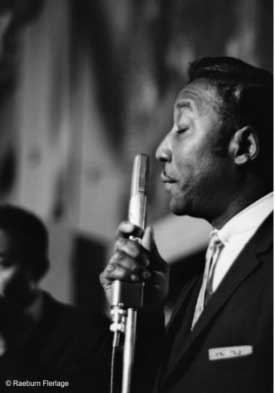 The Chicago History Museum says it will release over 45,000 photos and papers related to the relatively unknown music photographer Raeburn Flerlage.

Flerlage is one of the few to document the city’s blues scene. He has captured some of Chicago’s most instrumental blues players in their prime. They include Muddy Waters, Howlin’ Wolf and B.B. King. He also documented the city’s developing folk scene in the 1960s, photographing Bob Dylan and Joan Baez.

Southern black migrants brought the blues to Chicago, where the music helped them forge connections and transform an unfamiliar, often inhospitable city into a new home. The music was also transformed—electrified and amplified to compete with urban noise. The photography of Raeburn Flerlage captures the streets, clubs, homes, and studios where a community of musicians defined the Chicago blues sound.

You can also immerse yourself in the Chicago scene of the 1960s through Flerlage’s images, and experience the blues by playing guitar, designing an album cover, writing lyrics, and singing karaoke.